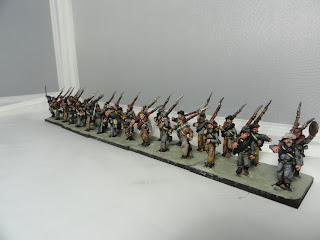 Hello all! My name is Robert Chandler. I just want to start by saying I am very thankful and excited to be a part of the Guns Of April  project and hope I can contribute to this project with the energy and skill as the rest of the team. For my contribution, I have decided to go with Archers brigade from Heth's division which belonged to A.P Hill's Third Corp A.N.V

These are photos of the 7th Tennessee Vol. Inf. there were 5 regiments in Archers Brigade which were the 5th and 13th Alabama along with the 1st, 7th and 14th Tennessee volunteer infantry regiments. 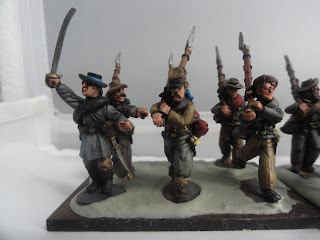 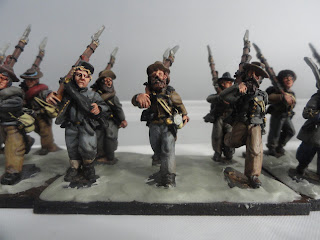 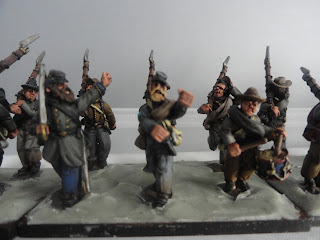 I've decided to use miniatures from Sash and Saber castings. I was rather impressed that they offer 40 man units in white metal with each miniature in a different pose. I know most of us have gotten used to the fact that if we want to use white metal for historical projects we get 4-7 poses and have to deal with the repetition of sculpt in each unit. Having the option to chose from 40 miniatures to create the 30 man units was a welcoming option. 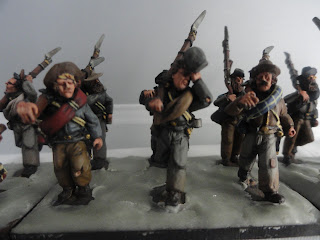 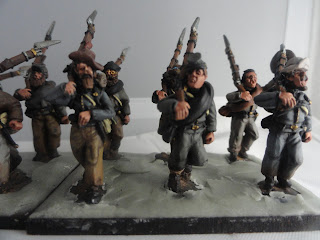 This is the first of five regiments. I must say that so far this project has renewed my passion for the hobby and I cannot wait to dive into next installment. Next up I'm going to start on both Alabama regiments and have decided to do both of these in firing/battle lines verses marching units. The regiments will be from Sash and Saber as well. Okay, until next time, keep the paint flying! - Rob