Even though we've been a bit quiet lately, I know that all the members of the Guns Of April have been preparing for the "Napoleon in Egypt" game at AdeptiCon 2014. Here are the French Infantry models I've been working on over the last couple of months.

Above are a pair of grenadiers flanking a sergeant from the 69me Demi-Brigade de Ligne. The grenadiers are from Victrix, the sergeant is the dismounted Dromedary standard bearer from Brigade Games. 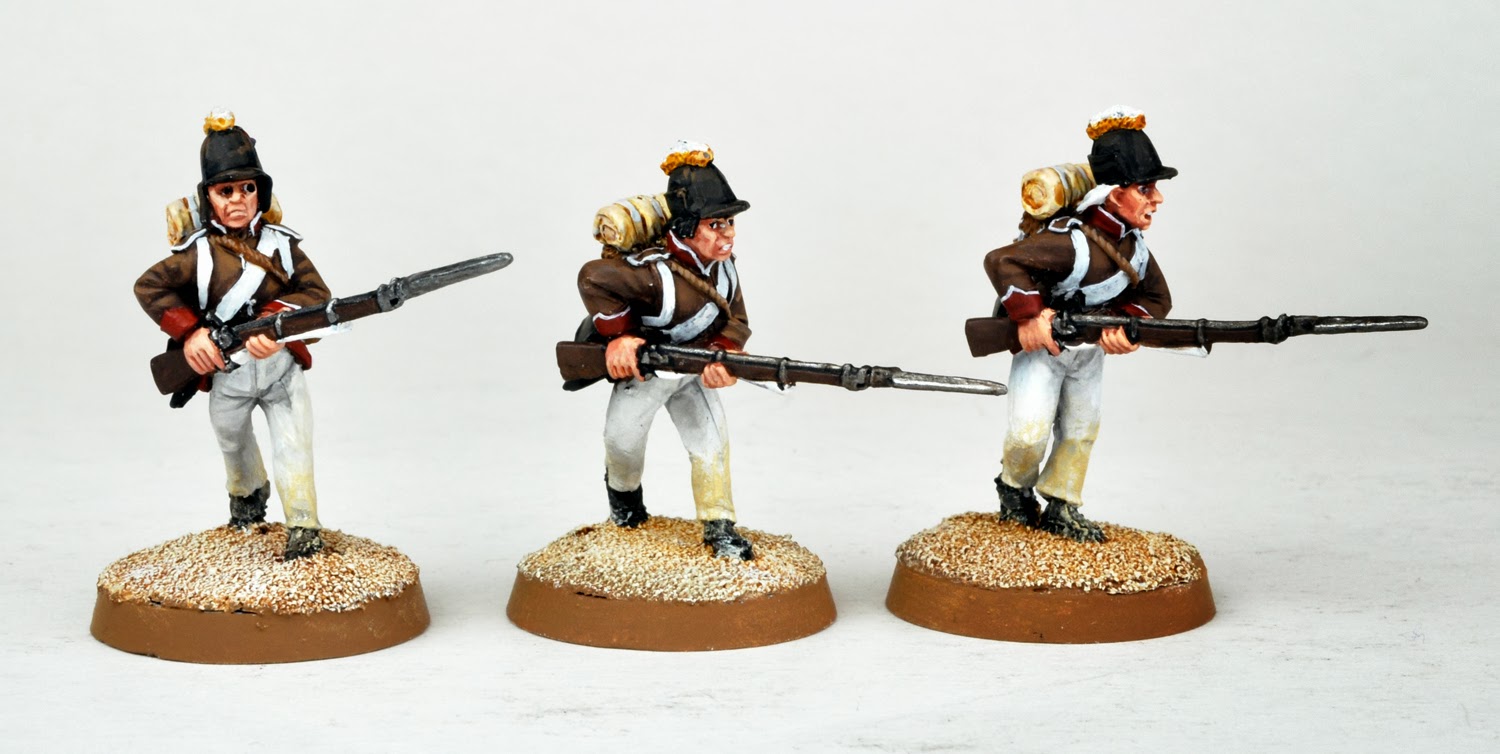 Here are three fusiliers from the 69me Demi-Brigade de Ligne, from Brigade Games' range of excellent  Napoleonic miniatures.

Here are three chasseurs from the 22me Demi--Brigade de Legere

Three of the four French savants from Brigade. Excellent miniatures that will be very handy in our games. The fourth savant will end up on a vignette I'm planning to give away on the night : )

And six French sailors. Four of these are from Brigade's Napoleonic range, and the other two (rear center and rear right) are from a Victorian range by Brigade, but they certainly fit in.

And here's a look at all of the French Infantry I've painted up so far. These will be good for at least two Infantry warbands in our AdeptiCon gaming.