After a little bit more work adding some greenstuffed sashes and sword belts, my collection of Officers and their staff is now ready for painting!

One of our new sponsors, Dragon Forge Design, provided the bases I used for the command stands. Jeff has a great range of sculpted bases, perfect for lots of sci-fi and fantasy games, but he also has a range of "base blanks" just perfect for this sort of thing. For the Brigade commanders I used 80mm round blanks, and for the Divisional commander I used a 120x95mm oval blank.

So, here are my commanders: First Brigade - Femor (left) and Von Lowe (right, mounting up). 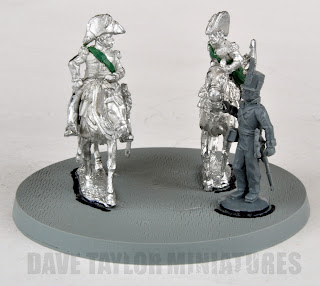 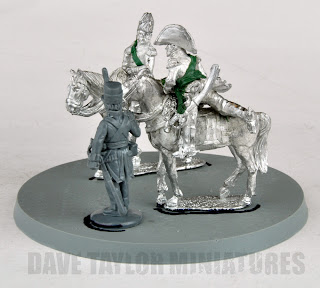 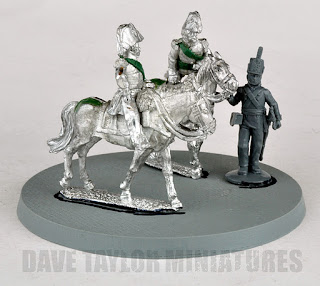 Second Brigade - Wheatley (mounted) calling for haste with the delivery of new orders to his sub-officer. 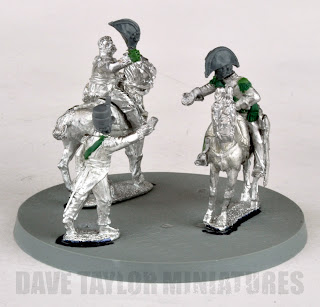 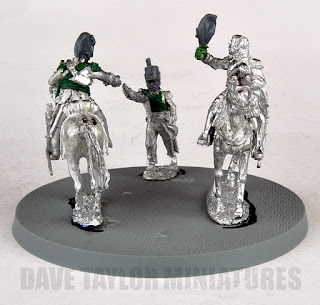 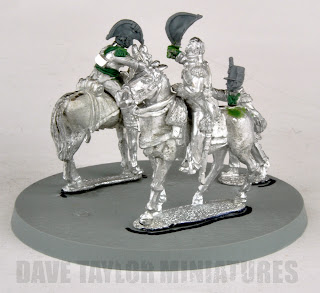 Third Brigade - Van DeLeur (mounted with telescope) observing the actions of the enemy and preparing to give orders to an officer of the RHA. 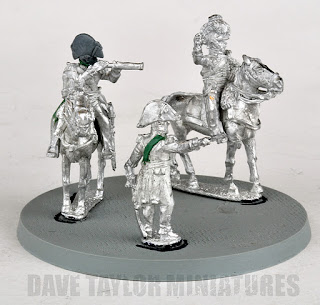 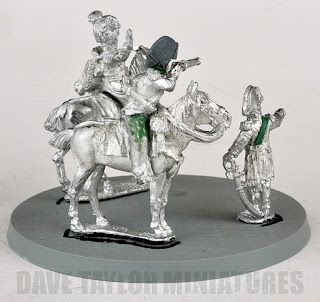 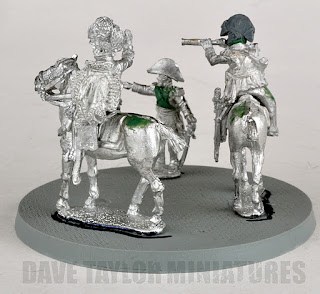 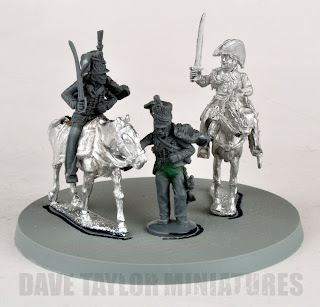 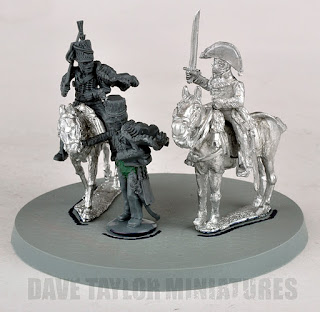 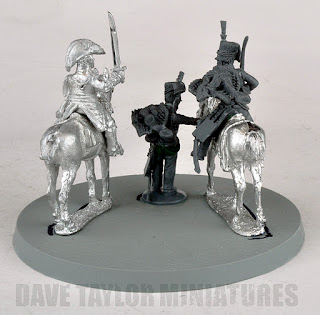 And finally, here is Campbell, commander of the Guards Division at Salamanca and "Divisional Commander" of the British for our little game at Adepticon. 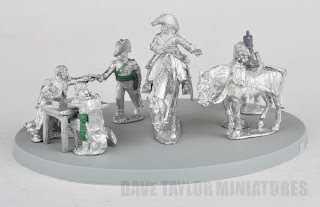 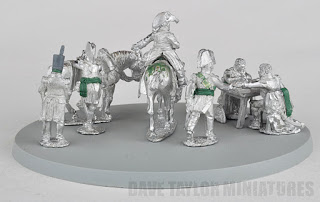 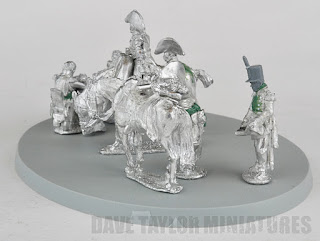 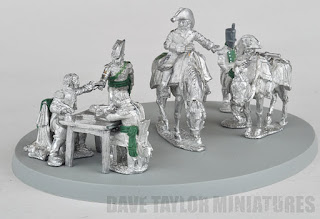 As well as thanks to Dragon Forge Design, we would also like to thank the Perry's for their kind support in the form of these command models. Cracking stuff!

Cheers
Dave
Posted by davetaylor at 7:55 AM