"It is believed that the enemy suffered severely in these operations, but our own loss has not been light."
General Lee in a letter to President Jefferson Davis,
July 4, 1863

After completing my first regiments I started the process of cleaning and basing some other models I need to work on including the wound markers for the Confederate side.  After seeing Dave Taylor's awesome markers for the Napoleonic game last year I knew, if I had the chance, I'd want to do some for something in the future.  When we decided on ACW and Gettysburg I knew I'd have my chance. 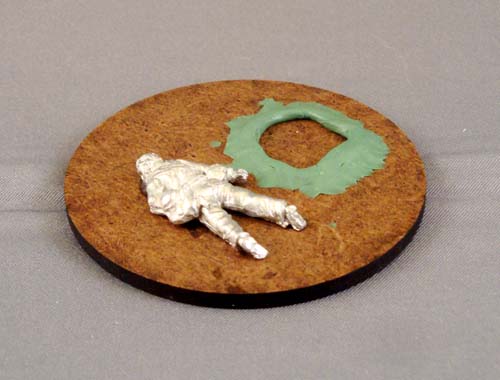 Once I had cleaned and based these I couldn't help but want to paint them up ASAP.  I thought about waiting as this sort of task is less repetitive than 30 man regiments and might be better for when I get burned out on regimental painting but I just couldn't stop myself.  Above you can see the initial base where I used green stuff to create a small "lip" to hold a dice for counting wounds.  The models are from Perry Miniatures who make wonderful casualty figures like the ones I used here. 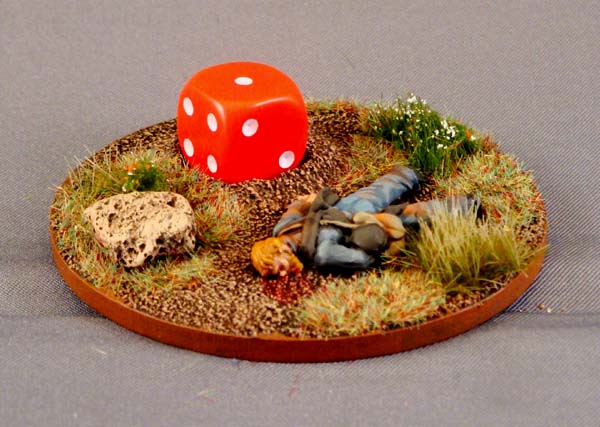 I stuck with the same grey and brown colors I used on my Confederate infantry and added a little more weathering as well as some blood for these "special" figs.    A little morbid I know but I just couldn't resist. 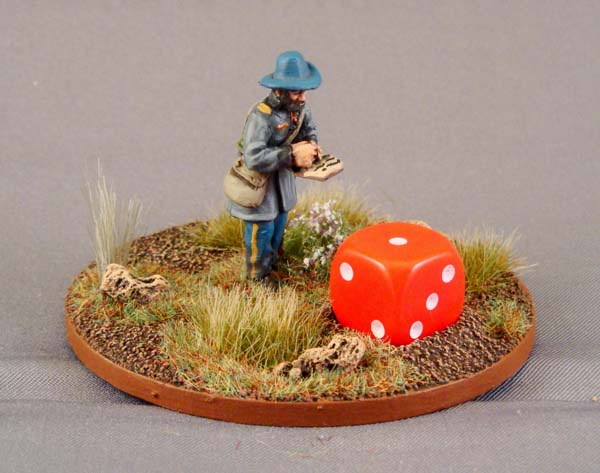 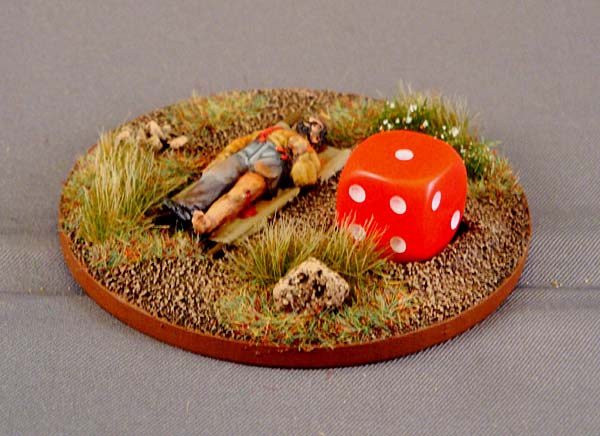 The basing was done following the same scheme that the others in the group have done.  At the suggestion of Dave Taylor I purchased some tufts and flowers from Silfor Scenics and I have to say I love them.  I think you're going to be seeing lots of these on my models in the future.  On these bases I added a few extras such as larger rocks and field grass.  I skipped these on my regiment bases for time sake but I may have to rethink that on the next regiments as I like the added character it gives. 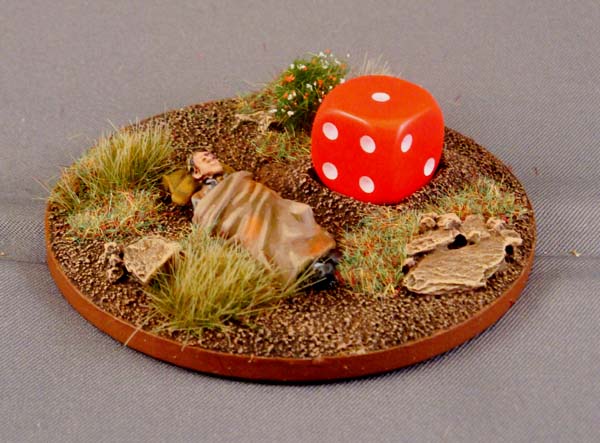 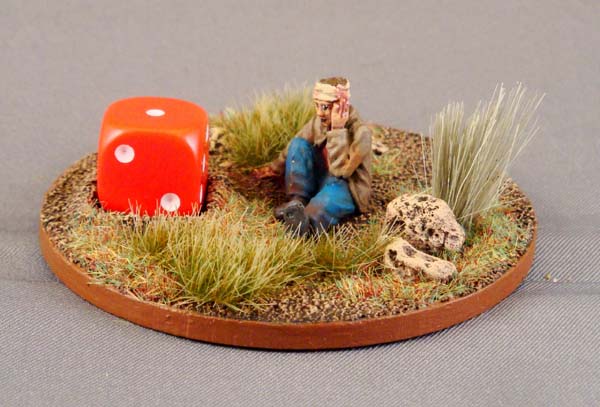 I'm hoping these will just be out for display and the Confederates won't need to use them much but if our game goes anything like the real battle, I have a feeling both sides will be using their wound markers more than they'd like. 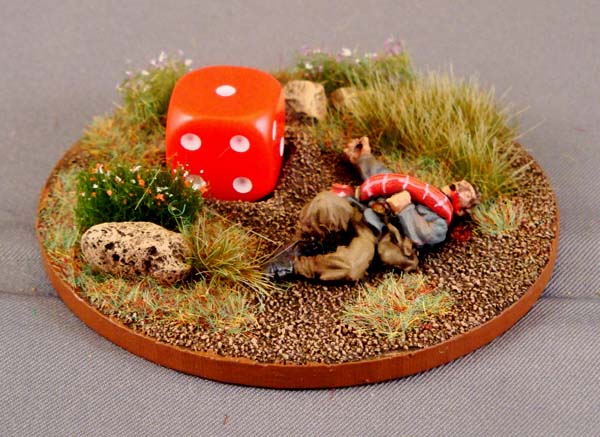 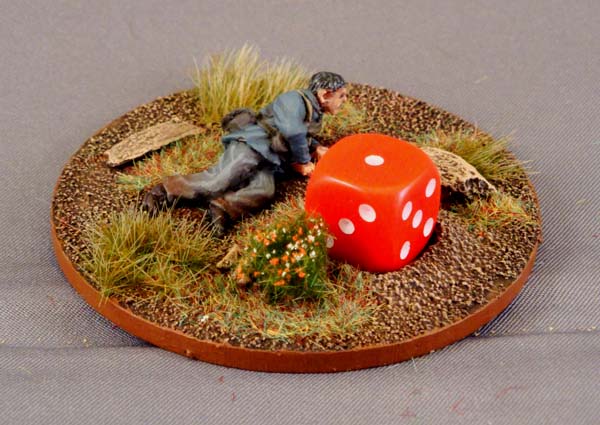